Which users are not reporting back data from the Shield extension? #

Sometimes you can have both GAT+ and GAT Shield products deployed within your Google Workspace domain yet some users may not appear within the GAT Shield console reporting areas.

That’s usually because the GAT Shield extension has been blocked or they’re not signing into their Chromebooks using their domain accounts.

The GAT Shield extension gets blocked when repeated attempts to send data back to the GAT Shield servers fail because there’s no active customer license in place.

To see this information you’ll need the following:

Find out which users did not sync into Shield # 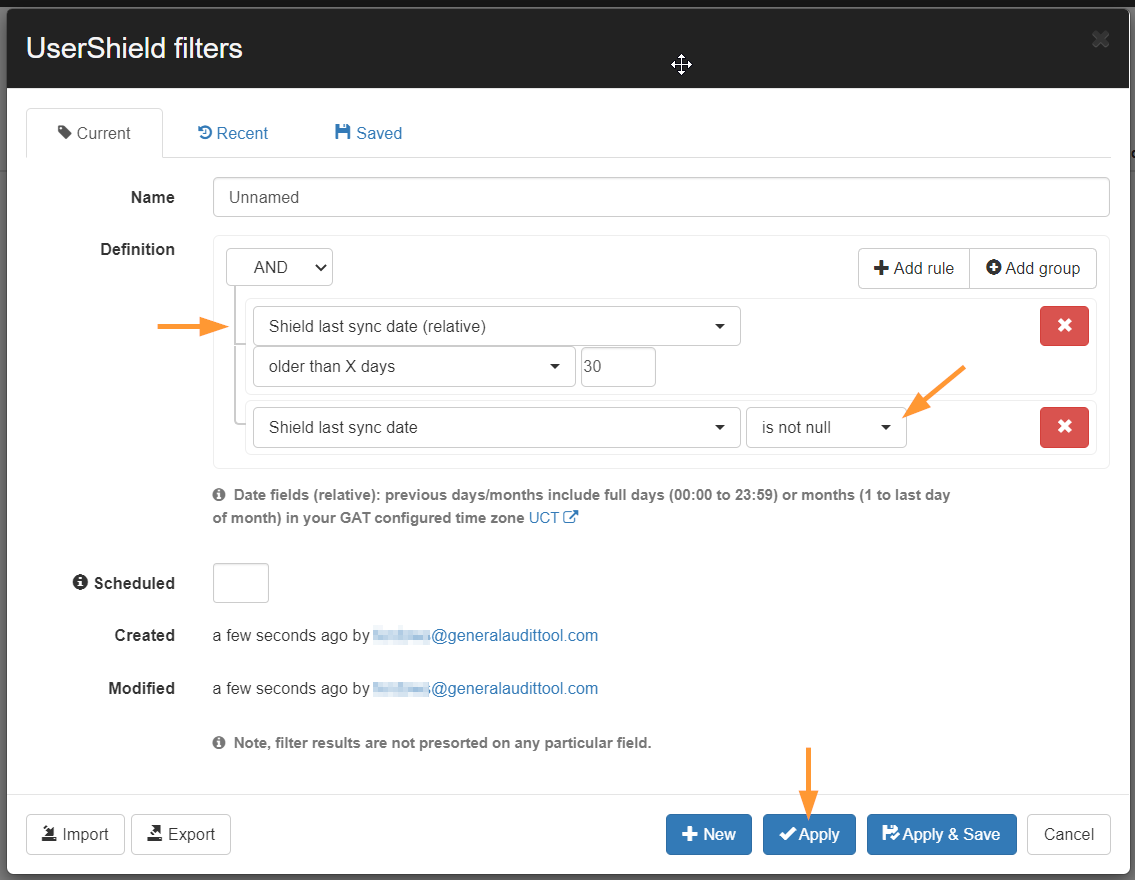 This then can be exported and you’ll get a list of all users where the Shield extension was not synced or active on the user’s Chrome browser.

When users sign into their Chromebooks or Chrome browsers, the Workspace Admin Console policies are enforced, in our case, the GAT Shield extension appears.

During each sync, the customer license is checked to see if it’s valid.

If Shield makes 5 attempts and they all fail because the customer’s license is out of date, the extension gets blocked from communicating with our servers indefinitely for that user on that device.

Another common scenario is when the user does not sign into their Chromebook or Chrome browser using their school’s account email but rather a personal one. In that case, the data cannot be sent since the extension is not present or deployed.

Still stuck? How can we help?

This website uses cookies to improve your experience while you navigate through the website. Out of these, the cookies that are categorized as necessary are stored on your browser as they are essential for the working of basic functionalities of the website. We also use third-party cookies that help us analyze and understand how you use this website. These cookies will be stored in your browser only with your consent. You also have the option to opt-out of these cookies. But opting out of some of these cookies may affect your browsing experience.
Necessary Always Enabled
Necessary cookies are absolutely essential for the website to function properly. These cookies ensure basic functionalities and security features of the website, anonymously.
Functional
Functional cookies help to perform certain functionalities like sharing the content of the website on social media platforms, collect feedbacks, and other third-party features.
Performance
Performance cookies are used to understand and analyze the key performance indexes of the website which helps in delivering a better user experience for the visitors.
Analytics
Analytical cookies are used to understand how visitors interact with the website. These cookies help provide information on metrics the number of visitors, bounce rate, traffic source, etc.
Advertisement
Advertisement cookies are used to provide visitors with relevant ads and marketing campaigns. These cookies track visitors across websites and collect information to provide customized ads.
Others
Other uncategorized cookies are those that are being analyzed and have not been classified into a category as yet.
SAVE & ACCEPT